Russell Stannard is Emeritus Professor of Physics at the Open University. He has travelled widely in Europe and the USA, researching high energy nuclear physics. He has received the Templeton UK project award and spent a year in America as a visiting fellow at the Center of Theological Theory, Princeton. He was awarded an OBE for services to physics and the popularisation of science. Married with four children of his own and three stepchildren, he vividly remembers the excitement of discovering Einstein's theories for the first time and he is dedicated to passing this inspiration on to new generations. The Time and Space of Uncle Albert was shortlisted for both the Science Award and the Whitbread Award, and his books have been translated into seventeen different languages. 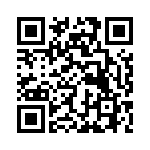