Castles: Their History and Evolution in Medieval Britain

In this fresh and accessible slice of medieval history, Morris (The Norman Conquest) uses the architectural history of castles in Great Britain from the time of Edward the Confessor in 1051 until the ... Read full review

Dr Marc Morris is a historian who specializes in the Middle Ages. He studied and taught at the universities of London and Oxford and is a Fellow of the Royal Historical Society. His other books include a bestselling history of the Norman Conquest and highly acclaimed biographies of King John and Edward I (A Great and Terrible King). He also presented the TV series Castle and wrote its accompanying book. He contributes regularly to other history programmes on radio and television and writes for numerous journals and magazines. 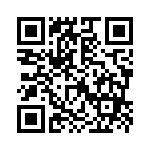