John McNeillie was the author of dozens of books, mostly under the pen name Ian Niall, including No Resting Place and The Poacher’s Handbook. 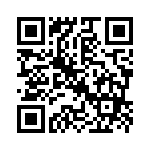