Page 42
At length, however, under pressure from Russia, who threatened him with the
wrath of Great Britain, the Sultan climbed down, with the result that Great Britain,
who had in the meantime reached some agreement with Germany, was able to ...
Page 84
At the same time, Greece improved her relations with Germany, who had greater
influence at Constantinople than any single power. In Greece Princess Sophia,
the Kaiser's sister and wife of Crown Prince Constantine, was not unpopular.
Page 468
a rapprochement with Bulgaria, but Germany had very little use for King
Ferdinand and much preferred agreements with Rumania and Greece and, if
possible, Serbia. Both policies were likely to encounter difficulties. In December
1913 at the ... 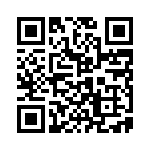