Mantel's memoir focuses on three main aspects of her life: her dysfunctional family, her relationship to Catholicism, and her ongoing health issues. She, her parents, and her two younger brothers ... Read full review

This brief but moving memoir is difficult to write about, because one starts thinking Mantel is writing about her experiences with the supernatural, but its concluding pages are very personal. It took courage to write this, and considerable effort . Read full review

Hilary Mantel is the bestselling author of many novels including Wolf Hall, which won the Man Booker Prize and the National Book Critics Circle Award for fiction. Bring Up the Bodies, Book Two of the Thomas Cromwell Trilogy, was also awarded the Man Booker Prize and the Costa Book Award. She is also the author of A Change of Climate, A Place of Greater Safety, Eight Months on Ghazzah Street, An Experiment in Love, The Giant, O'Brien, Fludd, Beyond Black, Every Day Is Mother's Day, and Vacant Possession. She has also written a memoir, Giving Up the Ghost. Mantel was the winner of the Hawthornden Prize, and her reviews and essays have appeared in The New York Times, The New York Review of Books, and the London Review of Books. She lives in England with her husband. 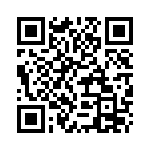