Anselm Jappe was born in Bonn in 1962 and has lived in Rome since 1983. Apart from Guy Debord, which has now appeared in six languages, he has published Schade um Italien! (1997) and is a frequent contributor to theoretical journals in various countries. Donald Nicholson-Smith has previously translated Guy Debord's The Society of the Spectacle and Raoul Vaneigem's The Revolution of Everyday Life. T. J. Clark's most recent book is Farewell to an Idea: Episodes from a History of Modernism (1999). 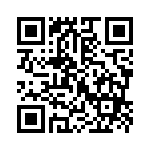