Page 401
Giuseppe Motta, five times president of the Swiss Federation, was born on
December 29, 1871, at Airolo, in the Canton Ticino, where his father was
postmaster, and was educated partly in Italy and partly in French-speaking and in
...
Page 407
Eugene Arnold Dolmetsch, famous for his revival of old musical instruments and
their music, was born in France of Swiss parentage in 1858, his father being a
piano-maker in whose factory Arnold learned the trade. Later, his proficiency on
the ...
Page 447
Dr. Caleb Williams Saleeby, a pioneer in eugenics, was born on May 3, 1878,
son of E. G. Saleeby, founder and head of the Mount Lebanon Schools, and
maternal grandson of Caleb Williams, the alienist. He was educated at the Royal
High ... 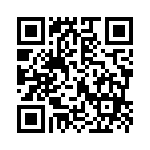