MY TEARS SPOILED MY AIM: and Other Reflections on Southern Culture

Where exactly is the South? Why do southerners so love it? Why have more and more blacks been moving there? Is the southerner's reputation for laziness really deserved? Those who know Reed (Sociology ... Read full review

John Shelton Reed taught for thirty-one years at the University of North Carolina, where he directed the Howard Odum Institute for Research in Social Science and helped to found the university's Center for the Study of the American South. A founding coeditor of the quarterly Southern Cultures, he has received many fellowships and prizes and has been president of the Southern Sociological Society and the Southern Association for Public Opinion Research. He was once a judge at the Memphis in May World Championship Barbecue Cooking Contest, and in 2001 he was elected to the Fellowship of Southern Writers. Reed has written many books including Kicking Back and Surveying the South (both with University of Missouri Press). He lives and writes in Chapel Hill, North Carolina. 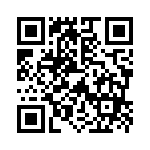