Chris "Kammy" Kamara was born in Middlesbrough on Christmas Day 1957. After serving in the Royal Navy, he made his debut for Portsmouth in 1975 and embarked on a professional playing career that spanned 20 years, well over 600 League appearances, and nine different clubs.

Once feared as a football hard man and combative midfield enforcer, Kamara is now the affable, hugely popular SkySports presenter who hosts Goals on Sunday and, most famously, puts in excitable weekly shifts on Jeff Stelling's cult show Soccer Saturday. It is Kamara's trademark enthusiasm and idiosyncratic turn of phrase, delivered from various wind-swept gangplanks from up and down the country, that have firmly cemented his place in the nation's affections. 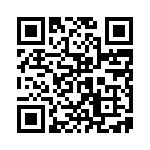