Louis de Berni res is the bestselling author of Captain Corelli's Mandolin, which won the Commonwealth Writers' Prize Best Book in 1995. His most recent books are So Much Life Left Over, The Dust That Falls From Dreams and The Autumn of the Ace, the short story collection Labels and the poetry collection The Cat in the Treble Clef. 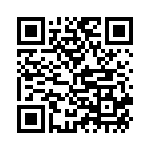