An icon to those who write and think about words, Fowler's has not been updated since 1965. (It was originally published in 1926.) Burchfield, the chief editor of The Oxford English Dictionary and its ... Read full review

About the Editor:
Robert Burchfield was the Chief Editor of the OED from 1971-84. He was a Senior Research Fellow of St Peter's College Oxford from 1979-90 and is now an Emeritus Fellow of the College. His distinguished lexicographical career has included a number of key publications: The Oxford Dictionary of
English Etymology, 1966 (with C. T. Onions and G. W. S Friedrichsen), A Supplement to the OED, 1972-86 (with D. Donoghue and A. Timothy), The English Language, 1985, and The New Zealand Pocket Oxford Dictionary, 1986. 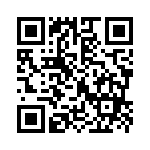