A history of the British Empire from the mid-eighteenth (the Seven Years' War) through the mid-nineteenth century (the Indian Mutiny, or The Great Rebellion as Gott calls it). The author shows that ... Read full review

Richard Gott is a former Latin America correspondent and features editor for the "Guardian." A specialist in Latin American affairs, his books include "Cuba: A New History, Guerrilla Movements in Latin America, The Appeasers" (with Martin Gilbert), "Land Without Evil," "Hugo Chavez and the Bolivarian Revolution," and "Britain's Empire." He is currently an honorary research fellow at the institute for the study of the Americas at the University of London. 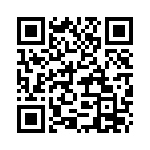