Ross Thomson is an associate professor of economics at the University of Vermont and author of The Path to Mechanized Shoe Production in the United States and editor of Learning and Technological Change. 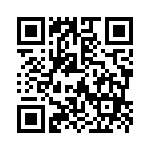