Bertolt Bertolt (1898-1956) was the most influential German dramatist and theoretician of the theater in the 20th century. Also a poet of formidable gifts and considerable output, Brecht first attracted attention in the Berlin of the 1920s as the author of provocative plays that challenged the tenets of traditional theater. Forced to flee Germany in 1933 because of his leftist political beliefs and opposition to the Nazi regime of Adolf Hitler, Brecht and his family spent 14 years in exile in Scandinavia and the United States. Although he tried hard to become established in the United States, Brecht failed to make a breakthrough either as a scriptwriter in Hollywood, California, or as a playwright on Broadway. Two years later he moved to East Berlin and remained there until his death. In the 1950s he became an internationally acclaimed playwright and director through productions of his plays by the Berliner Ensemble, a company based in East Berlin and headed by his wife, actor Helene Weigel.

John Willett (1917-2002) was a noted scholar, author and translator. From the outset he was the prime editor and translator (with Ralph Manheim and others) behind Brecht in English. He was involved in the planning and translation of the programme book for the Berliner Ensemble's celebrated first visit to London in 1956 (the year of Brecht's own death); in 1959 he published the first general study in any language, The Theatre of Bertolt Brecht; he translated, edited and introduced the enormously influential Brecht on Theatre (1964); and he was a founding member of the International Brecht Society and sometime editor of its Yearbook. 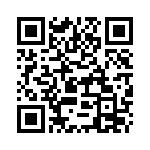