Adrienne Stone is Redmond Barry Distinguished Professor, Director of the Centre for Comparative Constitutional Studies and Kathleen Fitzpatrick Australian Laureate Fellow at Melbourne Law School. She is First Vice President of the International Association of Constitutional Law and is a Fellow of the Academy of Social Sciences in Australia. She writes on constitutional law and theory, with particular attention to freedom of expression. Her work has been published widely in international journals on these questions. She is co-editor, with Cheryl Saunders, of The Oxford Handbook on the Australian Constitution (forthcoming) as well as co-editor with Frederick Schauer of the forthcoming Oxford Handbook in Freedom of Speech. 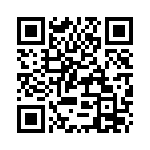