Peter Dorey is Reader in British Politics at Cardiff University. This is his ninth book on post-1945 British political history and public policy. Previous books include Wage Politics in Britain: The Rise and Fall of Incomes Policies since 1945 (2001), Policy Making in Britain: An Introduction (2005), The Labour Governments 1964-1970 (Editor, 2006) and The Labour Party and Constitutional Reform: A History of Constitutional Conservatism (2008). He is currently writing two monographs: British Conservatism: The Philosophy and Politics of Inequality, and House of Lords Reform since 1911. These are scheduled for 2010 and 2011 publication respectively. He has also published over 60 journal articles and chapters in edited books. 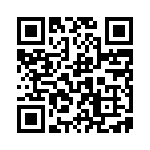