Page 413
Empire , than that she should acquiesce in the Liberal and Socialist policy of Empire destruction . The history of Indian Home Rule , as advocated in England , and encouraged by certain of our politicians , is worth recalling .
Page 516
At the last municipal elections , in November , the Socialists and their independent labour allies secured a small ... Actually , the ratepayers , “ strained almost to breaking point ” in the words of Councillor Dollan ( Socialist ) ...
Page 741
Altogether the net Socialist gain was 257. In 239 provincial towns in England and Wales where political fights took place , the Labour - Socialists gained Birkenhead , Burnley , Derby , Hull , Oldham , Mitcham , Stoke - on - Trent ... 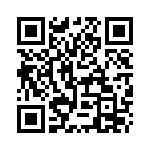