Nicely dramatized story of the monster Japanese submarines that were trained on the American mainland at the end of World War II.Aviation scholar, researcher and journalist Geoghegan has scoured the ... Read full review 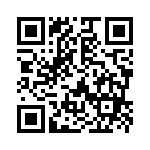