Although the tone of this book is a bit academic, its still a worthwhile read even for a layman. The author argues that weak state institutions may often be a more important precondition for ... Read full review

Lucan Way is an associate professor of political science at the University of Toronto. He is the coauthor of Competitive Authoritarianism: Hybrid Regimes after the Cold War. 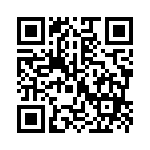