Neil Gaiman is by far my favorite author.This is definitely one of his more interesting novels and I am so excited to own it for myself. If you like deeprooted storyline and mind blowing plots then this is the book for you! Read full review

Neil Gaiman is the author of many highly acclaimed and award-winning books for children and adults, including the New York Times #1 bestselling and Newbery Medal-winning novel The Graveyard Book and the bestselling Coraline, Stardust, and Odd and the Frost Giants. He is also the author of the picture books Blueberry Girl and Instructions, illustrated by Charles Vess; The Wolves in the Walls, The Day I Swapped My Dad for Two Goldfish, and Crazy Hair, illustrated by Dave McKean; and The Dangerous Alphabet, illustrated by Gris Grimly. Originally from England, he now lives in the United States. 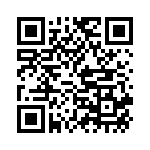