Birinder Pal Singh is Professor of Eminence, Department of Sociology and Social Anthropology, Punjabi University, Patiala, India. He has a doctorate from Panjab University, Chandigarh, and an MPhil from the School of Social Sciences, Jawaharlal Nehru University, New Delhi. He was a Fellow of the Indian Institute of Advanced Study, Shimla (1993–1995). His research areas cover tribal, peasant and other communities and the sociology of violence. He has published the books Economy and Society in the Himalayas: Social Formation in Pangi Valley (1996); Problem of Violence: Themes in Literature (1999); Violence as Political Discourse: Sikh Militancy Confronts the Indian State (2002); ‘Criminal’ Tribes of Punjab: A Social-Anthropological Inquiry (edited, 2010); and Punjab Peasantry in Turmoil (edited, 2010). He has also published several research papers including in Sikh Formations, Economic and Political Weekly, Gandhi Marg and Journal of Punjab Studies. 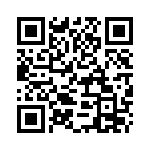