Thomas Richards is a software engineer and law graduate. A creative and perhaps even overactive mind drew him to those areas, but then he discovered an appetite for fantasy fiction - specifically sword and sorcery. It wasn't long before writing became his go-to outlet for his creativity, and his passion drove him to take it further. On the days that Tom isn't working on his mythos or dreaming up new fictitious scenes, he can be found taking long walks while plugged into an audiobook, practicing Wing-Chun and Karate, or telling someone that he really should take up cycling again. 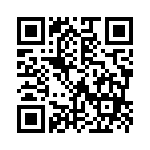