Doesn't quite work, but sort of fun space opera - hard sf. Limited by technology to the solar system, mainstream humanity remains fearful of those emigrants to the far moons of Saturn who's adapted ... Read full review

THE QUIET WAR is set in the 23rd century in a fully colonised solar system. War is brewing between conservative Earth and the solar system colonists called Outers, who push the envelope on what it ... Read full review

Paul McAuley's first novel won the PHILIP K. DICK AWARD and he has gone on to win almost all of the major awards in the field. For many years a research biologist, he now writes full-time. He lives in London. 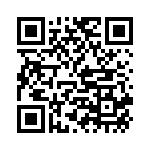