ERIC MARK KRAMER is Assistant Professor of Communication at the University of Oklahoma. Among his earlier publications is Consciousness and Culture: An Introduction to the Thought of Jean Gebser (Greenwood, 1992). 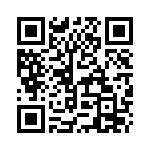