Reading it today, one would expect it to have aged poorly. But Wolfson's eloquent statement of principle holds true today. Although the legal right for gays to marry has been won, it is already under ... Read full review

Wolfson, a renowned legal advocate of gay civil rights, presents his legal brief for equal marriage rights for gays. The book is structured like a brief, in that each chapter addresses a different ... Read full review

Evan Wolfson is Executive Director of Freedom to Marry, the gay and non-gay partnership working to win marriage equality nationwide. Before founding Freedom to Marry, Wolfson served as marriage project director for Lambda Legal Defense & Education Fund, was co-counsel in the historic Hawaii marriage case, Baehr v. Miike, and participated in numerous gay rights and HIV/AIDS cases. Between his studies at Yale College and Harvard Law School, Wolfson spent two years with the Peace Corps in West Africa and then worked as a state prosecutor and special counsel in the Iran/Contra investigation. Citing his national leadership on marriage equality and his appearance before the U.S. Supreme Court in Boy Scouts of America v. James Dale, the National Law Journal in 2000 named Wolfson one of "the 100 most influential lawyers in America." In 2004, he was named one of the "Time 100," Time magazine's list of "The 100 most influential people in the world." 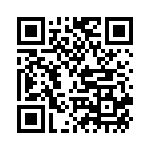