Full of common sense BUT why don't we follow it? This is worth the time to read and come back to as a reminder of how to "work". Following even a few of these ideas can change your life at work. Read full review

Tony Schwartz is the founder and president of The Energy Project, a consulting group that works with a number of Fortune 500 companies, including American Express, Credit Suisse, Ford, General Motors, Gillette, Master Card, and Sony. He was a reporter for the New York Times, an associate editor at Newsweek, and a staff writer for New York Magazine and Esquire and a columnist for Fast Company. He co-authored the #1 worldwide bestseller The Art of the Deal with Donald Trump, and after that wrote What Really Matters. He co-authored the #1 New York Times bestseller The Power of Full Engagement with Jim Loehr.

Jean Gomes is Managing Director of DPA, a London-based management consultancy specializing in leadership and culture change. For the past 20 years, he has been advising companies like Coca-Cola, Pfizer, Cable & Wireless, Sun Microsystems, Sony, ICL, The Home Office, Nokia and Intel in the US, Japan and Europe. He is also Chairman of The Energy Project Europe. 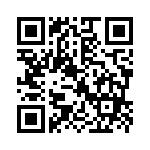