Irene Fernández-Molina is a Lecturer in Middle East Politics at the University of Exeter, United Kingdom. 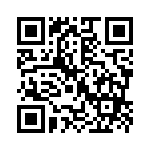