Dr. Ioanna Palaiologou is a lecturer and researcher in Education at the University of Hull, and a Chartered Psychologist of the British Psychological Society with specialism in child development and learning theories. After completing her PhD at the University of Nottingham, Ioanna worked as a lecturer and researcher in the field of Early Childhood Studies. She joined the University of Hull in 2004, initially as Programme Director of the BA (Hons) Educational Studies, and she is currently leading the Masters in Early Childhood Studies and Academic Coordinator for Research Students Support within the Faculty of Education. She supervises a number of doctoral students, is a regular contributor to national and international conferences and has a good record of publications in peer reviewed academic journals. Ioanna has also been a contributor to the development of the British Educational Studies Association (BESA), with whom she has been an executive member for several years and Chair in 2011-12.

Her research interests are in child development, with a particular interest in language and literacy. She is also researching the epistemic nature of pedagogy, with particular focus on leadership. She is also interested in developing the idea of ethical practice when working with and researching young children, especially those under five years of age.

Despite spending most of her adult life in the UK, Ioanna visits Greece at least once a year to see her family. When not working on her teaching, research and publications she enjoys cooking and spending time with her four nephews who have been inspirational in her work.

In January SAGE will be publishing a new Second Edition of her textbook The Early Years Foundation Stage. Her other current books include: Child Observation for the Early Years (Second Edition) and Ethical Practice in Early Childhood (both also published by SAGE). 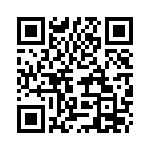