Adam Hochschild teaches writing at the Graduate School of Journalism at the University of California at Berkeley. He lives in San Francisco with his wife. He is the author of Spain in Our Hearts: Americans in the Spanish Civil War, 1936–1939 and King Leopold’s Ghost: a Story of Greed, Terror and Heroism in Colonial Africa which won the Duff Cooper Prize in the UK, the Lionel Gelber Prize in Canada and was a finalist for the 1998 National Book Critics Circle Award in the United States. 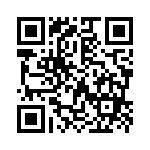