Page 33
My mother , being heir unto the crown , Married Richard Earl of Cambridge , Who was the son to Edmond Langley , Edward the third's fifth son.By her I claim the kingdom ; she was heir To Roger Earl of March , who was the son Of Edmond ...
Page 100
Duke of Somerset , Earl of Northumberland , Earl of Oxford , Earl of Exeter , Lords of King Henry's fide . Earl of Westmorland , Lord Clifford , Earl of Richmond , a Youth , afterwards King Henry VII . Richard , Duke of York .
Page 192
Earl Rivers , brother to the Queen . Lord Gray , Son to Queen Elizabeth . Earl of Richmond , ufterwards King Henry VII . Bijbsp of Ely . Lord Hastings . Sir Thomas Vaughan . Sir Richard Ratcliff , Lord Lovel , Friends to the Duke of ... 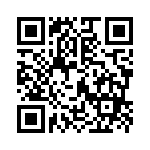