Allyson MacVean was the founder and former Director of the John Grieve Centre for Policing with Professor John Grieve . Allyson is also a visiting professor at the University of Chester. Her interests include police ethics, intelligence, risk and child protection.

Charlotte Solf, a member of Lincoln’s Inn, is seeking to pursue a career as a barrister specializing in Human Rights and criminal cases. Having worked part time for the John Grieve Centre for Policing, Charlotte developed her research interests in police ethics and police malpractice and the impact within the wider criminal justice process. 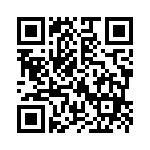