Although, the works of Randolph Trumbach are really praiseworthy, since they bring out a very important historical aspect -- a basic historical fact that the western world today, especially the 'homosexual' movement, has near totally sidelined, while propagating the lie of a hetero-homo divide between men (when the divide is actually that of 'man' and 'third gender') -- there is one thing, where Randolph is wrong.
It is not for the first time that the third genders emerged in Europe. Third genders have always been there in every human society, simply because, they are an integral biological part of the human species. They were surely there in the ancient Greek times too, as catamites and eunuchs, as much as they were in other pre-Christian European societies, (eg, the argr in Viking cultures). It's only that Christianity came down heavily upon transgenderism and destroyed the very concept of 'third gender' or a different/ feminine gender for men, from the cultural mindset of the western society. The resultant Western culture today, cannot comprehend the concept of two genders of males. Modern science -- which has taken many of the baggages of Christianity on male gender and sexuality (including its obsession with reproduction being the driving force of life, especially of males) -- followed suit, by negating human gender (masculine/feminine identity as opposed to male/female), and thus negating third genders, as a valid human trait. Indeed, the western society totally denies the biological aspect of 'gender' and claims it to be entirely a social construct.
It's just that in the early eighteenth century, the period that Trumbach is considering here, in England, the third genders started to re-emerge in the western world, from wherever they'd been hiding all these two milleniums, as the power of Christianity waned, and there was more sexual freedom -- at least for heterosexuality (and, while sexuality between 'normal' males is negated by heterosexualized societies, effeminate male sexuality for men is readily acknowledged and given space (albeit a separate space that essentially, only the feminine gender of males deserve or care for) as this serves to stigmatize love and intimacy between men for the masculine gendered males, who must embrace a heterosexual identity and lifestyle to be counted as one of the men -- which is now akin to the 'straight' identity).
In the absence of a clear cut concept of 'third gender' (and indeed of 'gender' (masculine identity/ feminine identity) existing as distinct from "outer sex" (male/ female) and forming an important part of one's gender identity), the third genders in the west, started to see themselves as males who were distinct from the masculine gendered males on account of their "sexuality for men," (which 'apparently' the other, masculine gender of males lacked), rather than their feminine gender. This misconception was fed by the fact that the masculine gendered males have always been under pressure to prove their sexuality for women, to attain social manhood and a respectable place in men's spaces. It's an absolute necessity to survive in the intense race for social manhood, that is an integral part of male peer groups, to prove one's sexual capabilities with women. Heterosexual performance has been the 'manhood' test that all boys seeking to attain manhood (as distinct from queerhood) have to go through, for several thousand years now, in most human societies. Anyone who has a need to be part of these men's spaces (because of his strong inner male identity) has to give in to this pressure to have sex with women (which is today exaggerated in the west into a full-time 'heterosexual' identity), whether or not his inner sexual needs truly desire that ... even if he is actually repulsed by the idea ... and also, the males with an inadequate male identity don't want to be part of these men's spaces, and so its actually

Elizabeth A. Kaye specializes in communications as part of her coaching and consulting practice. She has edited Requirements for Certification since the 2000-01 edition. 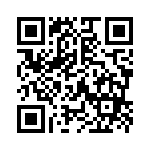