One of the foremost practitioners of modern Scottish letters, Edwin Muir was born to a farming family in the remote Orkney Islands. Forced to move with his family to the industrial city of Glasgow when he was 13, Muir held a series of minor and often grubby jobs before supporting himself mainly through journalism and occasional teaching. In 1919, he married Willa Anderson, and in his An Autobiography An Autobiography (1940) would describe their marriage as "the most fortunate event in my life." Willa Muir not only encouraged her husband to write but collaborated with him on numerous translations and other works. They were the first to translate the works of Franz Kafka (see Vol. 2) into English. Her own, moving autobiography, Belonging Belonging, is both an engrossing account and a minor masterpiece in its own right. In later life, Muir worked for the British Council, was warden of an adult educational college in Scotland, and served as visiting Charles Eliot Norton professor at Harvard University. Muir's poetry stands somewhat aloof from more flamboyant varieties of modernism, yet won the respect of both T. S. Eliot and W. B. Yeats. Often cast in seemingly traditional rhymes and meters, his verse depended on a vision, which Kathleen Raine described as "the perennial philosophy." Muir looked beneath surfaces of the world for archetypes of a primal and now-lost unity of the soul with the world. Sometimes he used the Scottish landscape and sometimes earlier mythology to convey his vision, as in One Foot in Eden One Foot in Eden (1956). Muir's criticism and translations are still worth reading as well. Among his critical works are Scott and ScotlandScott and Scotland (1936), Essays on Literature and Society (1949), and Structure of the NovelStructure of the Novel (1928). Though not known as a novelist, his most notable is The MarionetteThe Marionette (1927). 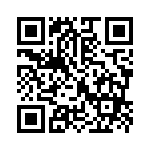