I seriously hate these anti-Eritrea narratives from non-Eritreans. We've fought a 30 year war for our freedom, with the prevoius decades filled with suffering and oppression. Sure, Eritrea has its faults (just as any country would) but it certainly from Ethiopia and European countries has done great for itself considering the little support its getting from other countries. Western countries have consistently degraded and abused us in the name of "progression", but while we were fighting our oppressors, they turned around and fought us back too. We won despite the odds stacked against us, thus these abusive countries want to hinder our growth. If you're not Eritrean and lived through the years of war and hardships, you can never be able to understand our situation. Nearly all of the evidence in this book is flimsy at best, only cherry-picking information that fill in one narrative and taken out of context. Wouldn't let this book tarnish the reputation of a beautiful African nation, especially since its from the mouth of a white man than isn't even remotely Eritrean.

Martin Plaut, the BBC World Service's former Africa Editor, has published extensively on African affairs. An adviser to the Foreign Office and the US State Department he is Senior Researcher at the Institute of Commonwealth Studies. 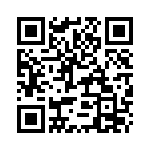