Gabriela Harding lives in London and is currently working on her second book, a crime novel, for adults. Her poems, short stories and articles have been published in numerous publications and she has won a National Poetry Competition. 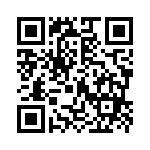