This is not a review, you don't "review" great works of literature. That being said, this is a creepy little book that evinces Wittgenstein's obsessive genius. It's quite entertaining and, should you have nothing to do, will probably keep you occupied many days to come. Students of Wittgenstein should at least work through this before reading "Philosophical Investigations". If you read PI and thought it was easy but think TLP is hard you never read PI the right way. Learn this conception of language first before trying to "cure yourself" of philosophy.

I find it actually pretty embarrassing that the average person gave this book only three and a half stars. It is, without a doubt, one of the most significant and influential works in analytic philosophy. It is extremely difficult to understand - even philosophical giants like Russell and Carnap did not fully appreciate the theory Wittgenstein lays out. However, if you toil through slowly and carefully, the result is well worth the effort. Wittgenstein paints a beautiful metaphysical picture that he interweaves with an original philosophy of language. His theory solves philosophical problems (most notably the Russell paradox) that many other theories still grapple with. He introduces the notion of truth tables - something that is now taught in every course on introductory propositional logic in the world. As with anything in philosophy, this theory faces certain problems. However, one's understanding of philosophy is extended to such a great extent by examining this work that I cannot possibly recommend it highly enough. 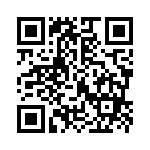