Richard Ned Lebow is Professor of International Political Theory in the War Studies Department of King's College London, Bye-Fellow of Pembroke College, University of Cambridge and the James O. Freedman Presidential Professor (Emeritus) of Government at Dartmouth College. His most recent publications are Franz Ferdinand Lives: A World Without World War I, Constructing Cause in International Relations and, co-authored with Simon Reich, Goodbye Hegemony! Rethinking America's Role in the World (all titles published in 2014).

Peer Schouten is a postdoctoral researcher at the Danish Institute for International Studies and editor-in-chief of Theory Talks. He works on issues ranging from International Relations Theory to mining-related conflicts in Central Africa. 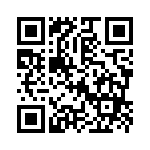