Ever the optimist, psychologist Steven Pinker posits that the world is getting better, not worse in this very long (almost 900pages) book He is certainly correct in that we no longer burn witches at ... Read full review

Steven Pinker is one of the world's most influential thinkers and writers on the human condition. His popular and highly praised books include The Better Angels of Our Nature, The Sense of Style, The Stuff of Thought, The Blank Slate, How the Mind Works, and The Language Instinct. The recipient of several major awards for his teaching, books, and scientific research, Pinker is Harvard College Professor and Johnstone Family Professor of Psychology at Harvard University. He also writes frequently for The New York Times, the Guardian and other publications. He has been named Humanist of the Year, Prospect magazine's "The World's Top 100 Public Intellectuals," Foreign Policy's "100 Global Thinkers," and Time magazine's "The 100 Most Influential People in the World Today. 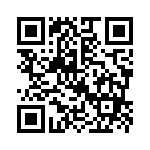