I enjoyed this book. It wasn't meant to be realistic. It was a book of popular science disguised as a novel of postwar England. The realism lay all in the post-war setting. Besides that, there was an ... Read full review

This is a really excellent book. We have come to know something about the life of Alan Turing from the play by Hugh Whitemore - Breaking The Code and the film - The Imitation Game. But this very ... Read full review

David Lagercrantz was born in 1962, and is an acclaimed author and journalist. In 2015 The Girl in the Spider's Web (2015), his continuation of Stieg Larsson's Millennium Trilogy, became a worldwide bestseller and was made into a film by Sony Pictures (2018). He is the author of the acclaimed and bestselling I am Zlatan Ibrahimovic, Fall of Man in Wilmslow, and the fifth and sixth books in the Millennium series, The Girl Who Takes an Eye for an Eye (2017) and The Girl Who Lived Twice (2019).

George Goulding was born in Stockholm, educated in England, and spent his legal career working for a London-based law firm. He is now a translator of Swedish literature into English, including David Lagercrantz's continuations of the Millennium trilogy by Stieg Larsson. 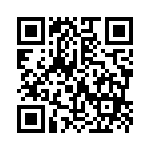