This was The Peregrine all over again except it was about cycling, competition cycling. Throughout the whole of the book you are on that bicycle sweating, pumping, calculating and grinding your way up ... Read full review

I was a bike racer from 1963 till 1967 and I recognize a lot. It was my third read (June 2019) and I think it's the second best book on cycling after, joris van den bergh's book on Moeskops: temidden ... Read full review

Tim Krabb is one of Holland's leading writers, and his novels are published all over the world. His many books include The Vanishing, which was made into a successful film, and The Cave. He lives in Amsterdam. 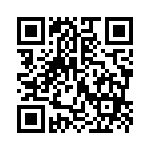