Christopher Hibbert: March 5, 1924 -- December 21, 2008 Historian Christopher Hibbert was born as Arthur Raymond Hibbert in Enderby, England in 1924. He dropped out of Oriel College to join the Army. He served with the London Irish Rifles and won the Military Cross. He earned a degree in history in 1948. Before becoming a full-time nonfiction writer, he worked as a real estate agent and a television critic for Truth magazine. He wrote more than 60 books throughout his lifetime including The Road to Tyburn (1957), Il Duce: The Life of Benito Mussolini(1962), George IV: Prince of Wales, 1762-1811 (1972), and George IV: Regent and King, 1812-1830 (1973). Hibbert was awarded the Heinemann Award for Literature in 1962 for The Destruction of Lord Raglan. He was a Fellow of the Royal Society of Literature and the Royal Geographical Society, and was awarded an Honorary Doctorate in Literature by the University of Leicester. He died from bronchial pneumonia on December 21, 2008 at the age of 84. 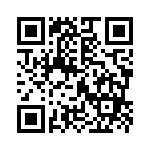