Elizabeth Eva Leach is University Lecturer in Music at the Faculty of Music, University of Oxford and a Fellow of St Hugh's College. 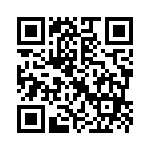