Journalists Collin and Godfrey have written a fascinating, compelling account of youth culture in conservative Britain during the last decade. They begin with a brief history of the dual elements at ... Read full review

This is an absolute must-read for anybody who likes to write about, talk about or participate in party culture in the U.K. My only two regrets are one, that it ends too soon (I would have loved to have this author's analysis of the rave scene since 2001) and two, that there is not more writing in each chapter. There are undoubtedly many more fascinating characters and stories that could be added to this compilation. Yet the authors have done an excellent job of collecting and compiling interviews, first-hand accounts and obscure facts regarding the emergence of the various party cultures that exist in the U.K. I've referred back to it time and again over the years for my own writing so this book is definitely on my top 10 list!

Matthew Collin is the author of the critically acclaimed books Guerrilla Radio, and The Time of the Rebels. He has worked for the BBC from Georgia and has written for a wide range of newspapers and magazines. He now reports for Al Jazeera from Georgia. 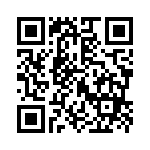