Professor Naila Kabeer, Fellow at the Institute of Development Studies, Sussex is the author of Reversed Realities: Gender Hierarchies in Development Thought, The power to choose: Bangladeshi women and labour market decisions in London and Dhaka and Mainstreaming gender and poverty eradication in the Millennium Development Goals and has also edited a number of books including most recently Inclusive citizenship: meanings and expressions. She is on the editorial board of Feminist Economics, Development and Change, Gender and Development and Contributions to Indian Sociology.

Agneta Stark, President of Dalarna University, Sweden, Board Member of the International Association for Feminist Economics, Editorial Board Member of Feminist Economics, publications include In Whose Hands? Work, Ageing, Gender and care in Three EU-Countries (2002), "Warm Hands in Cold Age –On the Need of a New World Order of Care" in Warm Hands in Cold Age, (eds. Folbre, Shaw &Stark) Routledge 2006.

Since graduating with a masters degree in Gender and Development from the Institute of Development Studies in Britain in 2002, Edda Magnus has worked as a consultant and researcher in the area of gender and social policy both for universities and government agencies. Since 2005 she has been employed by the Icelandic Foreign Service. 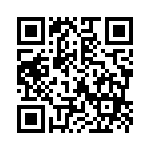