Stephen R. MacKinnon is Professor of History at Arizona State University. He is author of Power and Politics in Late Imperial China: Yuan Shi-Kai in Beijing and Tianhun, 1901-1908, and coauthor of China Reporting: An Oral History of American Journalism in the 1930s and 1940s and Agnes Smedley: The Life and Times of an American Radical, all published by UC Press. He is the editor, with Diana Lary and Ezra Vogel, of China at War: Regions of China, 1937-45, among other books. 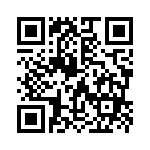