Bram Stoker was born in Dublin, the son of a civil servant. Although a semi-invalid as a child, he went on the gain a reputation as a fine athlete at Trinity College, where he also excelled in mathematics and philosophy. Stoker worked as a civil servant and a journalist before becoming the personal secretary of the famous actor Henry Irving. He also wrote 15 works of fiction, only one of which is very memorable - Dracula (1897). This work, involving hypnotism, magic, the supernatural, and other elements of gothic fiction, went on to sell over one million copies and is still selling strongly today. So well known has his fictional character become that today it is possible to visit the castle of Count Dracula in the Transylvanian region of Romania, a country that Stoker never visited. Several film versions of the story, both serious and comic, have made Stoker's work a part of modern mythology. His novel The Lair of the White Worm (1911) has also been made into film. It and the novel The Lady of the Shroud are, like Dracula, fantastic tales of horror. 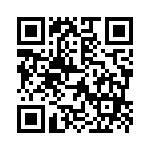