DAVID F. MARKS served as Head of the School of Psychology at Middlesex Polytechnic, and as Head of the Department of Psychology at City University, London, UK. nbsp; Previously David held positions at the University of Sheffield, UK, and at the University of Otago, New Zealand. His other books include The Psychology of the Psychic (1980, with R. Kammann), Theories of Image Formation (1986), Imagery: Current Developments (1990, with J.T.E. Richardson and P. Hampson), The Quit For Life Programme: An Easier Way to Stop Smoking and Not Start Again (1993), Improving the Health of the Nation (1996, with C. Francome), Dealing With Dementia: Recent European Research (2000, with C.M. Sykes), The Psychology of the Psychic (Revised Edition) (2000), The Health Psychology Reader (2002), Research Methods for Clinical and Health Psychology (2004, with L. Yardley), and Overcoming Your Smoking Habit (2005). David is the Editor of the Journal of Health Psychology and Health Psychology Open.

EMEE VIDA ESTACIO is a Lecturer in Psychology at Keele University. She completed her Bachelor's degree in psychology (magna cum laude) at the University of the Philippines and her MSc and PhD in health psychology at City University London. Emee specializes in health promotion and community development and has facilitated action research projects in some of the most deprived areas in the UK and in the Philippines. nbsp; As a scholar activist, she became actively involved in supporting activities for Oxfam, the Association for International Cancer Research, CRIBS Philippines and Save the Children UK. Emee is a steering group member of Health Literacy UK and sits on the editorial board of the Journal of Health Psychology, Health Psychology Open, Community, Work and Family, and the Philippine Journal of Psychology. 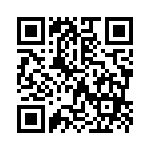