Eliot's own notes to his masterpiece were described by Eliot himself, as Rainey here relates, as padding that took on a life of its own as the controversies surrounding the poem took off in the '20s ... Read full review

Lawrence Rainey is professor and chair in modernist literature, Department of English, University of York. He is the author of Institutions of Modernism: Literary Elites and Public Culture, published by Yale University Press. 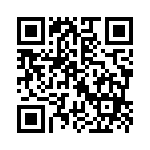