Page 392
You have reached your viewing limit for this book.

Physics, in hart of general public is being dropped due to observable uncertainty and unsolvable theorizations of philosophic disciplinary, highly facilitated during the medieval period after Isaac Newton. The Reality could have been overlooked afoot while the Scientists have been exploring the worlds million light years afar, to find it.
What I feel is, we have been deserted in a thick jungle of unnecessarily created theories and paradoxes paying for the penalty of being too conservative to follow centuries old wrong analytical foot prints of late scientists. Theories could naturally become beliefs in minds ultimately unless they are challenged frequently. However the world has marched a far distance away from the Reality and it is very difficult coming back to the false terminal at where we turned.
The Reality must be something could be comprehended by human beings or unless it could not be the Reality. Aren’t we struggling today to solve all manmade paradoxes?
Sir Isaac Newton was the greatest among all practical scientists ever lived in this globe. If you suspect his theories you should not step in to high rise structural buildings or you should not drive your car fast in confidence. But unfortunately he did not explain the mechanism behind how Gravity attracts things.
As I observe, being an independent explorer, the subject field ‘Gravity’ has not improved even by an inch ever since during couple of centuries after Newton. Otherwise, the modern scientists should not waste a big deal of money time and resources, to observe a gravitational wave that comes from the Galaxy. (Medium waves cannot be observed)
Scientists might have forgotten by now, how Newton could deduce such a simple common observation in the nature, in to a universally accepted distinct reality as ‘Gravitation’. That is nothing else but his inborn deduction power in mind. Therefore good scientists must always think of expenditure of their experimentations whence millions of poor in the world are dying without access for fundamental human needs.
I firmly believe Scientists of the 21st century can solve all those manmade paradoxes unless they really want to conserve them for the future generations to solve.
A Physical Science Student of logical thinking and open mind should ask only two questions;
1. Why Gravity does only attract things and why it doesn't repel, just as in electromagnetism?
2. Why do Gravity attract only 'Atomic mass' and why not other masses such as light, heat, photon, electron, neutron & solar wind etc.?
Before answering above questions we have to clarify what are the ‘Three Fundamental Space Matter’ in this world? Solids, Liquids and Gasses must be the sure answer from a student of junior secondary level. But you know they are only the three phases of the same ‘Atomic Matter’. Then what are photons, electrons, light, heat and solar wind etc.? Do not they possess masses?
Perhaps they are tougher and stronger than ‘Atomic Mass’. How about a lightning stroke which can break even a rock boulder in to pieces? A dynamic potential flow of electrons don’t respond at all for the so mighty force of Newton’s Gravity. Therefore this special category of Matter has to be recognized as 'Energy Matter' in the world. ‘Solar wind’ too belongs to that category because it is made up of weakly charged energy particles emitted from Sun and if it responds for gravity, it should have accumulated around Sun without travelling so far towards us in the solar system.
Then what is the third category of Matter? It is the 'Space Medium Matter'. The space is densely filled with this invisible static matter to make a gassier fluidic medium. That has a Density and a Pressure too which can be derived mathematically. (pl ref ‘Space Dynamics-V1/2009-for mathematical derivations). Let’s then summarize the three fundamental space matter such as;
1. Atomic Matter-(everybody knows it as internal rotary organizations where electron clouds are vigorously orbiting the

Page 402 - When they heard this, they were baptized in the name of the Lord Jesus. And when Paul had laid his hands upon them, the Holy Ghost came on them ; and they spake with tongues, and prophesied.
Appears in 1236 books from 1625-2008
Page 392 - Behold my hands and my feet, that it is I myself: handle me, and see ; for a spirit hath not flesh and bones, as ye see me have.
Appears in 1018 books from 1747-2008
More
Page 398 - For, for this cause was the gospel preached also to them that are dead, that they might be judged according to men in the flesh, but live according to God in the spirit.
Appears in 703 books from 1744-2008
Page 257 - And every plant of the field before it was in the earth and every herb of the field before it grew for the LORD God had not caused it to rain upon the earth and there was not a man to till the ground...
Appears in 870 books from 1717-2008
Page 378 - And Simon Peter answered and said, Thou art the Christ, the Son of the living God. And Jesus answered and said unto him : Blessed art thou, Simon Bar-jona, for flesh and blood hath not revealed it unto thee ; but my Father, which is in heaven ; and I say also unto thee, that thou art Peter, and upon this rock I will build My Church, and the gates of hell shall not prevail against it.
Appears in 1404 books from 1755-2008
Page 451 - Neither pray I for these alone but for them also which shall believe on me through their word, that they all may be one,— as thou Father art in me and I in thee that they also may be one in us : that the world may believe that thou hast sent me. And the glory which thou gavest me I have given them, that they may be one even as we are one.
Appears in 718 books from 1755-2008
Page 317 - That gravity should be innate, inherent and essential to matter, so that one body may act upon another at a distance through a vacuum, without the mediation of anything else, by and through which their action and force may be conveyed from one to another, is to me so great an absurdity, that I believe no man who has in philosophical matters a competent faculty of thinking, can ever fall into it.
Appears in 629 books from 1803-2008
Page 401 - Wherefore the Lord said, Forasmuch as this people draw near me with their mouth, and with their lips do honour me, but have removed their heart far from me, and their fear toward me is taught by the precept of men...
Appears in 797 books from 1701-2008
Page 374 - Forasmuch as thou sawest that the stone was cut out of the mountain without hands, and that it brake in pieces the iron, the brass, the clay, the silver, and the gold; the great God hath made known to the king what shall come to pass hereafter: and the dream is certain, and the interpretation thereof sure.
Appears in 582 books from 1706-2008
Less

Barton Eugene Dahneke was born in San Jose, California, in 1939. He now resides in Palmyra, New York, where he has lived for the past 35 years. 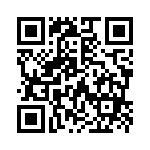