Abraham "Bram" Stoker (8 November 1847 - 20 April 1912) was an Irish author known today for his 1897 Gothic novel, Dracula. Newly inspired by his travels and exposure to the arts, in 1875, Stoker published his first horror story, The Primrose Path. He continued to publish writings while managing the successful Lyceum Theatre, including the story Under the Sunset (1882) and the novel The Snake's Pass (1890), earning modest acclaim. More notably, he garnered public praise for his many roles dedicated to the arts. In 1897, Stoker published his masterpiece, Dracula. Following the release of Dracula, Stoker published 19 novels before the end of his life. Among Stoker's later works are Miss Betty (1898), The Duties of Clerks of Petty Sessions in Ireland (1879), The Mystery of the Sea (1902), The Jewel of Seven Stars (1904) and The Lair of the White Worm (1911), which was later published under the title The Garden of Evil. 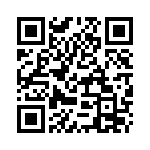